There were video conference interviews today, June 30, 2020 for a large, almost £100 million, scheme in Dundee for NHS Tayside, Scotland.

This hospital group, which has had financial issues of late, wants a new critical care and cancer treatment facility. 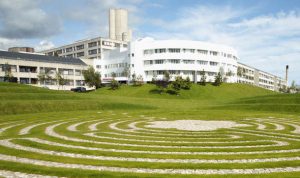 The firms being interviewed would have been culled from off the Health Facilities Scotland (HFS) project management framework.

This has the following firms on it: Thomson Gray, which has done a lot of Health Facilities Scotland work, Currie & Brown, which also has and was bought by the middle eastern group Dar in 2012, Turner & Townsend, Aecom, is also doing a lot and Faithful + Gould (F+G). F+G is currently project manager on three community hospitals hubs in the Lothian area for NHS Lothian. These are in the £10 million to £15 million bracket.

Aecom, for example is working on elective care facilities in the Grampian region for NHS Grampian with contractor Robertsons Morgan Sindall (RMS). The original  preferred contractor was contractor Graham.

The Dundee scheme might be offered to the Scottish health contractor supply chain (health facilities Scotland framework 2) so the bid list will be compiled from Graham, Balfour Beatty, Laing 0’Rourke, Kier, Robertsons/Morgan Sindall. Very likely this framework will go on for a while longer.

Yet to kick in

All of the new HFS consultant frameworks have been let but not the contractor framework, which was tendered in the middle of 2019, but has yet to kick in. There is no result. Currie and Brown has been assisting on the setting up of this framework.

Again, the HFS2 framework has some firms which really should not be on it since they have done very little work. One of these is Laing O’Rourke, which is fairly small in Scotland let alone in the health sector. So the firms which have picked up the lion’s share of work and importantly appoint design teams are Graham, which has done and is doing a lot, Balfour Beatty, which has also done its fair share, Kier, which is ditto but often lots of small schemes and RMS, which is about the same as Balfour Beatty.

Kier is working on the Goldern Jubilee Hosptial scheme where the lead advisor and providing other services is Aecom. Graham won the upgrade of the University Hospital Monklands called the business continuity plan and which keeps this site compliant until the new £350 million hospital is built by NHS Lanarkshire. The design team is Oberlanders, engineer Cundall.

NHS Lanarkshire also has its own consultants framework which has just been retendered.

Balfour Beatty won a multi story car park job in Aberdeen for Grampian and has been working in Ayreshire. Graham also picked up  the operating theatres upgrade at Raigmore Hospital in Inverness for NHS Highland.

Currie and Brown is also working on the Anchor Cancer Centre and the Baird Family Hospital in Aberdeen for NHS Grampian, where Aecom recently took over as quantity surveyor from Currie and Brown. This is a £165 million scheme which already has a pre-construction stage contractor in Graham whose team is NORR Architects and Mott MacDonald. 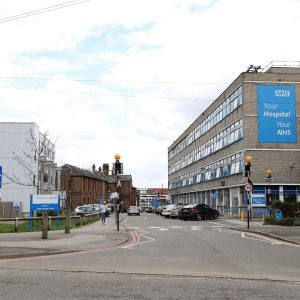 Currie & Brown: not the favourite of West Herts?

The firm, Currie and Brown, although not a recent favourite of West Hertfordshire Hospitals NHS Trust is now front runner to do this work.

The other short-listed firms were Arcadis and WT Partnership.

There were 39 companies that went for this work. The QS will provide support in reviewing and evaluating the design team tender from a technical and price perspective for an outline business case (OBC).

The three were among the seven of nine firms previously reported as chasing down this commission.

Among the other seven of nine short-listed firms were: RLB, Turner & Townsend, Aecom and Mace. All firms submitted bids on June 10, 2020. It is not widely known who the other two were.

Currie and Brown is already there as health planner and has worked on this project before with PA Consulting (now owned by American defence consultant Carlyle Group) and architect Murphy Philips.

Arcadis worked on the strategic outline case 18 months before the HIP programme started and WT partnership has also done a lot of work for the Royal Free Hospital NHS Foundation Trust and its this trust that is leading on project management.

The short-listed architects have now been working on their submissions for over a week and submit them on July 17, 2020.

The known bidders are Murphy Philips with Sheppard Robson, IBI, HOK, Llewelyn-Davies and BDP. These and many others submitted their capability assessments on May 26, 2020. All this has been done via the NHS Shared Business Services framework agreement.

Apparently the hospital only recently come out of a judicial review.

The QS and design team will carry out design during the OBC stage. The clinical and design brief for the 2019 SOC preferred option – is currently being developed.

The QS firms on one of the early frameworks, 2010, were: Cyril Sweett (Currie & Brown), Davis Langdon (Aecom), WT Partnership and Edmond Shipway. The latter two were on the previous 2004 framework.

They were set up by a former director of estates Dr Colin Rickard but actually set up by business manager of projects Barbara Fittall.

Richard moved to Royal Marsden and elsewhere. Then there was the stricter regime of Stephen Holmes previously with the South Bank University and the Salvation Army but now to be found at Frimley Health Foundation Trust. The current Royal Free director of estates is Andrew Panniker. Head of property at Royal Free in 2014 was Maggie Robinson and she’s still there.

The West Hertfordshire hospitals acute redevelopment has been prioritised by the Department of Health and Social Care (DHSC) in the health infrastructure plan (HIP) published in September 2019, where it is included in the HIP1 list.

Apparently the design team will develop a list of five shortlisted options that will require the preparation of cost plans.

They are: business as usual which means do nothing, next is do the minimum. The other design options have to meet the clinical and design brief criteria across all three sites. The preferred option will be developed to RIBA Stage 2 and 3 for an outline planning application.

The QS will provide support in reviewing and evaluating the design team tender from a technical and price perspective. The winning firm will also provide cost estimates and advice regarding the OBC short-listed options and a cost assessment of the preferred option.

The QS is expected to provide the following services: Benchmarking requirements against similar projects, assessing and comparing costing for different options, aid in the definition of the project budget, check the development of designs against the project budget, assess value for money, undertake risk management and value management exercises, prepare cost plans, estimates and cash flow projections and provide advice on procurement and contracting strategy.

Archus, the specialist health and social infrastructure advisory practice, has confirmed the appointment of Conor Ellis as head of health strategy and planning.

“Having spent my whole career in healthcare I am delighted to be joining one of the only specialist health practices,” says Ellis.

Ellis joins Archus from RLB where he has been head of healthcare since 2017. 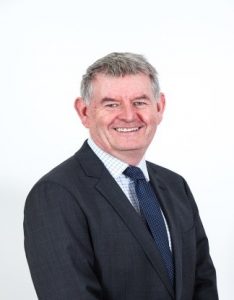 Soon to be at Archus

Ellis and has team have been recently working upon the NHS HIP capital development reviews.

Meanwhile, RLB has promoted Stuart Binns who came from Turner & Townsend and is now head of healthcare at RLB.