This week consultants have bid, again, to become the new programme manager for the Jersey Hospital redevelopment now called “Our Hospital.

This scheme replaces the Jersey “Future Hospital” scheme. The preferred option, designed by Hassell Studio, did not secure planning consent, after many attempts, following local protests about the remoddeling of the existing St Hellier Hospital. 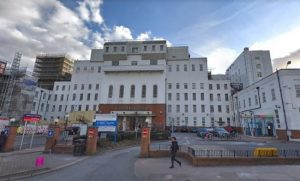 The original plan was to knock down part of the hospital but the new part was a tower on a podium and this did not suit the local planners.

Back in 2017 contractors were chasing down a £250 million construction contract as part of a £400 million development. The final bidders were Robert McAlpine, John Sisk, which came second and Carillion not long before this firm went bust.

Robin Whitby Consulting, just one of these advisors, provided support on the procurement and construction management process.

Other Jersey individuals have moved on too. John Rogers was chief officer, States of Jersey and was responsible for infrastructure including this scheme. He claims that he was “moved sideways” and is now the director general for the Department of Growth, Housing and Environment.

Apparently, a new hospital project director will be appointed to head up the scheme and develop an outline business case. This will be followed by a draft planning submission, which is supposed to be ready in time for the new Island Plan.

This will be a tough job after the first scheme consistently failed to get over the start line. It has been rumoured this has put off some firms possibly Turner & Townsend, Aecom and Faithful + Gould. Pick Everard is thought to be a bidder as might Gleeds from outside Perfect Circle.

Bizarrely Moorfields Eye Hospital NHS Foundation Trust says it will interview one “quartile” of the three firms that bid for the quantity surveying commission for the £400 million scheme.

These might be Currie and Brown (Sweett Group) (C&B) which was appointed to work on the Moorfields (Summer 2103) by ex Hornagold and Hills partner Tim Fry who was the project director for the new hospital and director of capital investment and development – between 2012 and 2019 but then he joined C&B, WT Partnership, which has been working on the St Pancras site for a long time and T&T, which is already the QS for the St Pancras mental health work.